[EIR-025] 2012 ETHNO INDIGO RECORDS.Second Lp from Ethnotronic,this is a reconstruction album from new and old ideas from ethno sounds and glitches mixed in a lisergic trance dance flavour and electronical tastes for the people.

All Tracks Created,Produced and Worked by Ethnotronic with sonic vst instruments and robotic humanized ideas in a tribal mindworks between 2011-2012.Enjoy it! 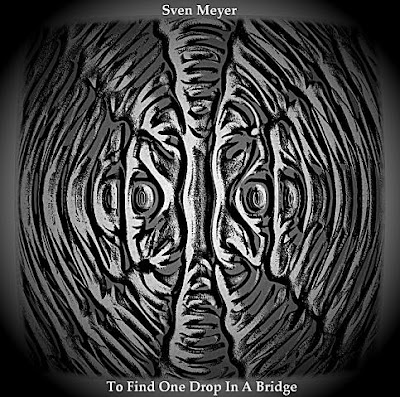 Sven Meyer is an electronic artist from Nuremberg, Germany. Sven grew up with the music from the 70Â´s till contemporary music. He was influenced by the early electronic sounds of the synthesizers and especially the early electronica from Germany.
Ambient, Techno, Experimental, Noise, Electronic among his favorite genres, which he often combined together to create his characteristic sound. Svenâs music is radical and always changing and will challenge the aural buds of the listener! Be prepared for some nice surprises!

Now Sven Present this 9 Tracks in a new adventure for find nice sounds and tastes for listeners.Great master in the creation of Electronica Environments,very influenced by the Berlin School and Acid Styles from 80Â´s & 90Â´s , these 9 tracks will be on your top trcaks sure, if you love the Electronica and Experimental Music.

Info About Artist and Releases:

Originally recorded Between 2010-2011 , songs by Noisesurfer for Ethno Indigo Records 2012
New Album From Noisesurfer with bonus folder with extra mixes from the original recordings by Noisesurfer.Combined Electronic Drones with Sapce Sounds,Synths Abstracts mixtures with Psychedlics rymthns in a spatial and magic noise journey around beatniks and feelings from the hearth & soul,passion for music of his author.Please enjoy sounds and thanks for listening. This new ep by noisesurfer contain a film Psychedelic video and his 5 tracks created,written,played by Rontxelius/Moraledius for Ethno Indigo Records,2011
CC BY-NC-ND

This is a experimental film/album contains Electronical environments in creative commons licenses , only allowing others to download your works and share them with others as long as they credit you, but they canât change them in any way or use them commercially.2011 Ethno Indigo Records

Netlabel Based in Spain Created in 2011 .Free Music Downloads in Creative Commons Licenses...
Free Spirit To Make Create Sounds in Many Diferents Styles ,But Always with Soul and Love For Music;
From Jazz To Noise,Postpunk to Disco,Ethno sounds for Ethno World.